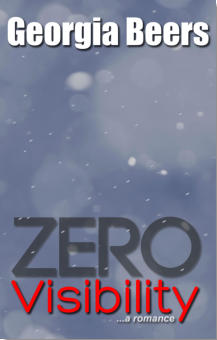 At eighteen, Emerson Rosberg was poised to become an Olympic skiing sensation. Growing up in the Adirondack ski town of Lake Henry with a world renowned ski champion for a father gave her an edge over the competition…until the day she let her ego get the better of her and made a devastating mistake that would cost her any future in the sport. Deciding the only way to heal her shattered dreams was to run as far away from Lake Henry as possible, she settled in Los Angeles, leaving all memories of her previous life far behind.

When her mother dies suddenly, Emerson is forced back to Lake Henry to take care of things, including the sale of The Lakeshore Inn. Her plan to get in and get out of that miserable town as quickly as possible is brought to a screeching halt when Cassie Prescott, the bubbly, friendly owner of a local sporting goods store, gets in the way. Cassie’s still cleaning up the debris from her last relationship, but she’s instantly drawn to Emerson, despite warnings from friends and family alike.

As the cold weather closes in and Emerson and Cassie’s relationship heats up, one question keeps popping up for Emerson: can you really go home again?

afterellen.com
“Beers tells the story from multiple perspectives allowing the reader not only to experience multiple characters’ points of view but also get a better sense of the people who inhabit this town.”

Frivolous Views – Carleen Spry – Zero Visibility
“Zero Visibility (Brisk Press) is Georgia Beers’ newest offering. It’s a romance. Because that’s what Beers does – she writes romances. She does so proudly. (Listen to her Keynote Address at the 2013 GCLS Conference and see her presentation of A Day in the Life of a Romance Writer.) Thank goodness for readers, she does it well.”

Lesbian Reading Room
“Ms Beers paints a picture with a beautiful backdrop, where the spectacular colours of Fall dance along the pages and the crisp clear air surrounds you. Add to that two women who’s character development is so magnificent that you can picture yourself having them both as a friends and you have a masterpiece in romance.”